END_OF_DOCUMENT_TOKEN_TO_BE_REPLACED

It’s the last Monday in Halloween, and I’ve got some Jekyll and Hyde for you. Enjoy~

END_OF_DOCUMENT_TOKEN_TO_BE_REPLACED

Get used to seeing these guys every OctoberVIXXtober. Don’t worry though, I’ll be mixing it up a bit throughout the month 😉😉😉

END_OF_DOCUMENT_TOKEN_TO_BE_REPLACED

This one is bittersweet for me. Three of the members of this group were completing their military service and a fourth has left the group for…reasons. One of the remaining members, Ravi, was supposed to tour the US this year, but the concerts kept getting pushed back because of COVID and was cancelled altogether a couple weeks ago. It’s just a mess, but I love this song, it’s got a good story to it, and it’s got cyborgs, so it definitely falls under the sci-fi theme for the month. Enjoy! (Or don’t, but I mean, at least give it a chance…)

END_OF_DOCUMENT_TOKEN_TO_BE_REPLACED 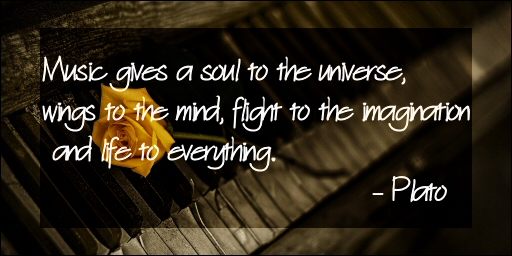 Happy National Reading Day, everyone! This has to be one of my favorite holidays, ever (besides Halloween and/or Christmas). To celebrate, here’s a couple songs based off of (or inspired by) literature!

END_OF_DOCUMENT_TOKEN_TO_BE_REPLACED

This is just a heads up to everyone. Posting in May might end up being a bit…spotty.

Season 4 of Lucifer premiers on Netflix, and you can bet I’ll be livetweeting the shit out of that. Join me over on Twitter if you’re watching, too!

Ravi from VIXX will be performing in Dallas, and guess who has tickets~ I will obviously not be livetweeting that one, but you can expect massive amounts of spamming on Twitter afterwards.

I have an appointment with a cornea specialist who will, hopefully, be telling the other doctors “Oh, no, that’s fine. It’s just scar tissue, you’re free to go.”

And somewhere in all of this, I’m supposed to go out and visit my family in Arkansas before the kids get out of school on May 31st.

Yeah. This is going to be fun…

So. It occurs to me, that I did not do an “end of year” review type post. Honestly though, I don’t really have anything to write about for this year. It was 2017 when all the “important” crap happened. The tumor behind my eye was discovered and removed. Sis’ skin cancer was discovered and removed. The first full year without my brother-in-law. Everything and anything happened that year.

This past year…the only thing of any note was that my vision has improved. Oh, and I finally received my first rejection letter (which, considering the publishing house in question, I expected). I got to visit my family in Arkansas, and introduced my sister to filters. We found a graveyard from the 1800s, and it turns out, most of the people in it are related to us. I introduced my niece to Doctor Who, and she binge-watched it within about two months? Something like that. She completely devoured the show, and is now a dedicated Whovian. I rediscovered my love for VIXX, and decided to give learning Korean a try (spoiler alert: the alphabet is like, a million times easier than Japanese, but pronouncing it is a bitch).

I found my writing tribe, participated in Twitter author events. Made it through an entire summer without a single tornado warning (!!!), and missed out on Trick or Treating with the kids because they both decided to act like first-rate jerks. Added a minor to my degree (I am now minoring in Social Sciences), and am starting my senior year of college. Had two scary instances with our doggo (see the skunk incident and the brownie thief incident), and two with two of my aunts (and they say bad things come in threes…).

I won the award for favorite aunt this Christmas, when I gave my niece a laptop, and my roommates got me gifts very fitting for a writer of sci-fi and fantasy.

One of my roommates is now working at the same place as me, and the other is annoyed with me for buying her stuff for Christmas and her birthday (her birthday’s the 28th).

Funny story there, actually. Our family is a Batman family. We have Batman; his wife, Alfred; I’m Nightwing; and the kids are Batgirl and Robin. Well, everyone had to work on Alfred’s birthday. Batman was working 6am-4pm, I was working 5pm-9pm, and Alfred was working 9am-6pm. Since there wasn’t going to be a time where we would all be together (the kids go to bed before 9), we decided to give Alfred her presents the night before. I knew she was going to be mad at me for one of the presents I had for her, so I gave her the two I knew she wouldn’t mind too much, and then waited. On her birthday, I left her last present on her desk before I left for work (remember, there was an hour gap between when I went to work, and when would be getting off). I got to work…and waited for her reaction.

So yeah, it’s been an interesting year, but not one to really look back on and go “oh yeah, that was crazy…”

Starting off the new year right…or trying to, anyway. As I’m writing this, The Biblio is writing her own post accusing me of all sorts of nefarious things, of which I assure you, I am completely and totally…..guilty of. (oops?) In my defense, I had no idea she was going to fall that hard for a K-pop group, but I really have no sympathy. I’ve been harassing her with VIXX videos and songs for the past year, so yeah. I’m kind looking at this whole thing as baby steps…

To get back to the point of this post, however…

So…a couple months ago, I decided I wanted to try something new to jumpstart my brain – creativity wise. I’m sure you’ve all heard the thing about how taste has one of the strongest links to memory. That’s why they tell you to chew a certain flavor of gum when you’re studying for a test, and then chew it again while you’re taking the test. Supposedly, the taste link helps you remember the material you studied. Well, I figured that maybe something like that would work for creativity. If a person ate/drank something whenever they were feeling creative, maybe when the creative juices were running low, they could eat/drink that same thing, and get back into the swing of things, as it were.

I’m not much for chewing gum, though, or eating anything in particular when I’m feeling creative, so I thought, maybe scents? I like smelly good stuff, so I decided to give it a try. I started out with incense, then moved on to wax melts. The incense smelled great, but the smoke dries out my eyes. The wax melts seem like they lose their scent too fast, and they’re a pain to clean up. Literally. I saw the wax was cooling, so I thought the warmer would be cool enough to pick up. Nope. Apparently, the wax cooled faster than the holder. (Is that normal?) I used potholders the next time, but I shouldn’t have to keep a potholder in my room for writing, you know?

With those two options out the window, I decided to try out candles, instead. My roommate burns candles in the office near my room, and I liked some of the scents, so I kinda said, what the heck, why not? I went hunting on Amazon, and found what has become my newest addiction.

I am just going to preface this now with a word of caution: These candles are pricey. I mean, not on par with, say, Bath and Body Works ($25 for a single candle, WHAT?!), but up there. The Biblio assures me that the prices aren’t all that bad, so maybe it’s just cause I’m used to paying no more than $10 for a large candle, but I saw the prices on these things and choked. The prices range from $6-18, with the $6 tin being a little 2oz/10 hours candle. I strongly encourage you to check them out for yourself. (Also, if you decide to order, leave me a comment or shoot me a message on Twitter/Tumblr/etc for a 10% off referral link.)

On that note, however, these are specialty candles. Not your run of the mill, smells like someone trying to cover up sweaty socks, scents. I don’t like thinking about how much I’ve spent on these damn candles, but I love the way they smell. (Dammit, they’re getting more of my money, too. I just went to their site to get a copy of their logo, and they have new scents.)

In the next couple weeks, I’m going to be reviewing the scents I’ve tried so far. I’ve bought a ridiculous amount of their 2oz cans, so it’s going to take a while for me to get through all of them. I’ll start on that next week. I’m sure you’re all looking forward to it.

Also, don’t worry, I am working on “Don’t Feed The Trolls.” I’m having to go back and re-read what I’ve written so far, and check my maps, though. I hate it when a story has continuity issues. Don’t expect to see much on that front for another month or so. (I might post sooner, but I don’t want to get your hopes up.) I also have another project that will hopefully see the light of day somewhat soon. I’ll keep you updated on that as it gets closer to happening.

That’s all there is for now. For you TL;DR folks: I found expensive candles that smell good while I’m trying to write, and it’s all my fault that The Biblio wants to be the mother of dragons (and not in the Game Of Thrones kinda way). (Look up the names of the Big Bang members. You’ll figure it out.)