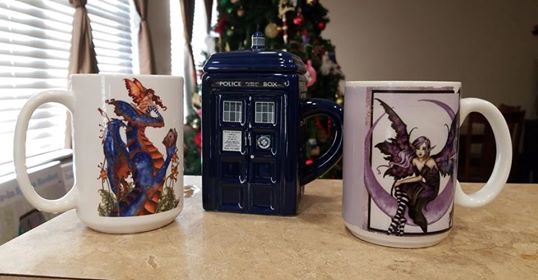 Part of the “New Year” thing. Kinda, anyway. This is partly in solidarity with @thebibliofeels, but it’s something I need to do, as well.

It’s so easy to tell oneself that, “oh, I didn’t have the time today to write,” when the simple truth is, “There was a movie I wanted to watch, and then I had lunch with my friends, and then I was watching Youtube videos, and lost track of time…” When you start a writing log, and you look back at what actually got in your way, you start realizing that, well…the only thing that was in your way, was you.

I’m no different, but that’s something I’m working on, and this is step one of that: pinpointing the problem. What are the greatest distractions, and how can I cut back on them.

Feel free to chime in when/if you notice something you’re guilty of as well. We can all learn from each other.

The coughing and sniffles have moved on to include a sore throat. I am so thrilled. Did a bunch of research and route planning, but very little writing. Still, every little bit helps.

Woke up at 3:30am, feeling a bit better. I’m thinking that instead of catching whatever crud is going around, my allergies were just being extra. Spent the first couple of hours awake watching the series premiere of Star Trek: Picard and playing a game. Almost done with chapter 12.

*wince* Spent too much watching Star Trek: Discovery and laughing at the new “Space Force” logo, and not enough time writing. Will have to work on catching up tomorrow.

Not much to say today. I did spend most of the day sidetracked, but I also finished Chapter 12 of “Don’t Feed the Trolls.” If I can get past chapter 14, I can post two chapters in the same month, while still guaranteeing at least one chapter a month until after graduation. That is my new goal.

Started the day off with my TARDIS coffee cup dying a very noisy death on the kitchen floor, courtesy of Kid 1. Then there was #CookieGate2020, and the eating of the results…long story short, I wrote a grand total of 66 words. Woohoo, go me.

Deleted and rewrote the first part of Chapter 13 at least three different times. Finally got started…just in time for dinner. It’s okay though. I’ve got a good start, and it makes up for yesterday’s lackluster word count!

Had a few hiccups today, adulting is not fun, but I reached my goal for the day, so I’m going to take it as a win. Time to take a break. Tomorrow, it’s back to the grindstone.

Life happens. Quite inconveniently, I might add. This week, I struggled with allergies. I would wake up, not knowing if I was going to feel great all day, or if my nose was going to start running like a faucet the moment I got out of bed, and/or coughing up a lung. Made my way through two boxes of tissues. When I wasn’t having a battle of wills against my nose, it was against an invasion of brain squirrels.

I did learn something this week though: knowing your weaknesses does not make them easier to resist. Logically, I already knew that, but I had me some naive hopes going on. With those so ruthlessly crushed, I’ve had to bring out the big guns. I re-enabled StayFocusd, and set my timer to two hours per day. That doesn’t stop me from playing games on my phone, which means I still need to find a work around for that one, but it’s a step in the right direction.

Adventures at work. I don't know if it was a customer or one of my coworkers, but we've had this #kindnessrock hanging out by the register since I started working there. No one has been able to think of a place to put it yet, so I volunteered. There's not much between where I live and where I work, but I'm sure I can figure something out. At the very least, it'll be something fun to do, and will (hopefully) spread some joy at the same time.
Loading Comments...
Comment
×
<span>%d</span> bloggers like this: